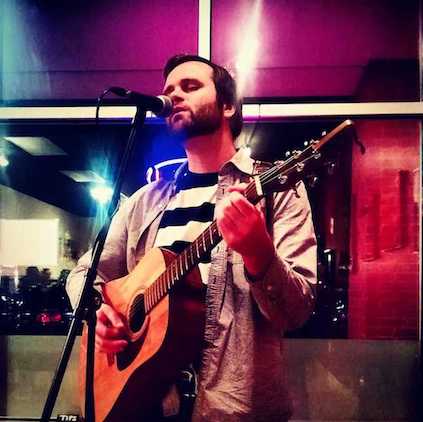 Dale Wicks of Grand Rapids has been performing all across Michigan for the past 3 years. His rootsy, flatpicking style of guitar playing fits well in both the alt-country and folk-rock traditions. His live sets feature material from his three albums, "Someone Else's Songs" (2013), "Only Passing Through" (2016), and "Soon" (2018), as well as a respectable selection of popular tunes from the 50's through the present day.

His songs "House On Fire" and "Murder Ballads" appeared in the movie Ten Miles Back (2017), and he has been featured in such publications as The Holland Sentinel, Ludington Daily News, and Michiana Life Magazine. His favorite songs to cover live include "Amie" by Pure Prarie League, "I Want You Back" by Jackson 5, "Bare Necessities" from the Jungle Book, "You Don't Know How It Feels" by Tom Petty, and "Feelgood, Inc." by Gorillaz.

Listen in on what's happening around Southwest Michigan! 1.23.20